A lifelong contributor to organized veterinary medicine, Dr. Spannaus, known locally as “Doc”, was a former mayor (1940-45), city council, and school board member of Waconia, Minnesota. He attended veterinary college in Kansas City in 1916, and was an officer in the Army Veterinary Corps in World War I.

In 1919 he started his practice in Waconia and often made calls on horseback or horse and buggy. In 1921 he built a house on First St. in Waconia, and added a veterinary clinic behind it in 1922. He served as president of MVMA in 1932-33, and for eight years in the 1950's he was a member of the state veterinary examining and licensing board.

In addition, in the 1950's he operated the Spannaus Dairy in Waconia, and was a commander of the Waconia American Legion from 1953-79, being the last surviving charter member of the Legion Post 150.

In 1954 he sold the clinic to Dr. Ralph Molnau, and in retirement Spannaus kept Guernsey cattle, hogs, sheep and poultry. Dr. Spannaus died in 1987.

His wife, Hilda Spannaus gave the MVMA a gift of $75,000 from NSP stock in her estate and MVMA donated that amount to the MVM Foundation. The yearly $2,500 scholarship is used for tuition, books and fees, and is awarded to a third year veterinary student with financial need.

Dr. Benjamin Sherwood Pomeroy, DVM (1911-2004) was the son of a Canadian-born veterinarian, Dr. Benjamin A. Pomeroy, who graduated from the Montreal Veterinary College in 1883. He moved to St. Paul, Minnesota that same year and established a practice with a friend, Pomeroy’s Animal Hospital, which still stands today.

Benjamin S. Pomeroy, DVM, attended Iowa State University, graduating with a DVM in 1933. He met and married Lottie Margaret Lyon (1911-1991), who graduated from the University of Minnesota Library School in 1934, and worked at the Hastings High School and University of Minnesota School of Veterinary Medicine Library. They had four children; Benjamin, Sherwood, Catherine, and Margaret Dawn.

Dr. Pomeroy was active in the community, politics, and in the veterinary profession, particularly in the avian area. A chair in Avian Health was established in his honor at the University of Minnesota. After his death the legislature approved funding to renovate the old Dairy Barn on the CVM campus, and the University of Minnesota Regents voted to name it the "Pomeroy Student/Alumni Center."

Dr. and Mrs. Pomeroy were both active in MVMA and MVMA Auxiliary. Dr. Ben Pomeroy donated a gift in his will to MVMF, to create one of the first endowed scholarship with these funds.

Dr. Ralph Molnau was a fixture in Carver County with his old pickup truck and dog, making veterinary house calls. He was initially an owner of Waconia Veterinary Clinic, whose first owner was Dr. Spannaus, and later, Countryside Veterinarian and Feed.

Born on a large dairy farm in Chanhassen area, he showed cattle at the Minnesota State Fair, and was a member of the second class to graduate from the College of Veterinary Medicine at the University of Minnesota in 1952. He was one of a group of students who lobbied the U of M to open a veterinary medical school. Dr. Molnau died in 2011.

Dr. Molnau was a former board member and MVMA president, and Minnesota Veterinarian of the Year, with Mary active in the Auxiliary. After the death of Mary Molnau, MVMF was a beneficiary of their estate.

Dr. Leroy Thom was a 1953 graduate of the University of Minnesota College of Veterinary Medicine and practiced in Braham and Cambridge, Minnesota at the Tri County Veterinary Clinic (now East Central Veterinarians). A large animal practitioner, he was a Life member of MVMA, and a Melvin Jones Fellow award recipient from the Lions Club International Foundation for dedicated humanitarian services. Dr. Thom died in 1995.

An avid quilter, Audrey Thom was active in her local church, Braham Evangelical Church and the Ark Retreat Center, as well as at Memorial Hospital in Mora, Minnesota.

At her death in 2000, Audrey Thom donated NSP stock to the MFM Foundation in memory of Dr. Thom for scholarships.

Elmer R. Hokkanen of Dayton, Minnesota, donated to MVMF’s scholarship funds in his estate in 2007.

The original Plymouth Heights Pet Hospital was built by Dr. Elmer Hokkanen in 1969. At that time, he was also the owner of Belt Line Pet Hospital which was just south of 36th Avenue on Highway 100. He had been told the county was going to expand Highway 100 and his clinic would eventually be torn down. For that reason, he built a large pet hospital and boarding facility in an area surrounded mostly by farms so he would be prepared for Belt Line's demise and ready for future growth and expansion.

For eleven years, he owned and staffed both pet hospitals and, after it was decided his hospital would not be torn down, he ?nally decided to sell Plymouth Heights Pet Hospital. In April of 1980, the practice, land and building were sold to Drs. Tom Corson and Pierce Fleming. Tom and Pierce became very good friends as classmates and roommates during veterinary school and both graduated with the veterinary class of 1978 from the University of Minnesota. Over ten years, the clinic grew with the Plymouth area, as the farmland gave way to the suburbs. Dr. Corson sold his share of the hospital to Dr. Fleming on January 1st, 1990.

Dr. Hokkanen and his wife Delores had four children-Diane, Gary, Kathy, Julie. After Delores’s death he remarried and upon his death was survived by his second wife, Carol. Dr. Hokkanen provided a bequest for MVMF for scholarships upon his death in 2007. 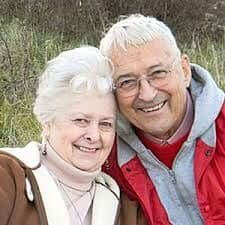 Dr. L. Kern and Jean Schwartz of announced that they will be donating a Food Production Scholarship in their estate to the MVMF for a junior or senior veterinary student.

Dr. Schwartz, a 1958 graduate of the University of Minnesota College of Veterinary Medicine, practiced in Worthington, Minnesota for many years before retiring. A native of Sleepy Eye, Minnesota, he remembers being interested in veterinary medicine in sixth grade “after my canary died.”

During his career, Dr. Schwartz enjoyed working with the farmers rather than the managers of corporate farms. As he put it, “that wasn’t the real thing.”

The scholarship will be named the Dr. L. Kern and Jean Schwartz Food Production Scholarship. Funds from the sale of their property will fund the $100,000 trust. 80% of interest will go to the scholarship, and 20% will go back into the trust to grow the corpus.

As to why he decided on MVMF for his family scholarship, he said, “This (MVMF) is where it’s at. They have helped me a lot.” The Schwartz family established a scholarship for students from their church in Worthington previously, and now extend their philanthropy to MVMF.

Dr. Schwartz said, “The veterinary profession has been good to me and I would like to share my good fortune with young people.”

The MVMF board and staff extends a sincere thank you to all our Legacy Society Donors.

“As a vet student, I volunteered at the State Fair Miracle of Birth Center and the Surgery Suite, and received a travel grant from the MVMF to offset the cost of an externship abroad. Continued involvement and support of the Foundation is important to me because the MVMF allows students and the community alike to engage in veterinary experiences they might otherwise be missing.”
— Carrie Rodman, DVM

“As a retired veterinarian, I enjoy having more time to volunteer with important fundraising efforts, and staying connected to with colleagues.”
— Bennett Porter, III, DVM